I am thinking of trying to use crowdfunding to publish a book, but wanted to get some opinions on the matter and decide if it was worth doing or not. The book in question is a collection of articles from The Beginner’s Guide to Anime, in which I take a different anime series or film every week and explain to non-anime fans what it is about, its merit (or lack or merit) and so on. I was planning to publish a book of the first 100 articles, revised and expanded for their original publication, which would be written by April, and I would plan to have the book printed by June.

My target would be £2,200 – this would cover the cost of printing, the design of the front cover, proofreading, and the fees on Kickstarter, where I plan to launch the project. This would print 200 books.

The main questions I wanted to ask were these:

1) Would be people be interested in a print volume, an e-book, both or neither?
2) If people are interested in funding it, how much would they be willing to pay?
3) What sort of perks would people want? Name in the back of the book? Signed copies? Nominate anime for me to cover in later columns? Presenting panels at conventions? Something totally different? And how much would people be willing to pay for such perks?

Please tell me what you really think. If you think I’m wasting my time with such a project let me know so I can do something else. If you have any other ideas do tell me.

Having just launched the crowdfunding campaign for the ONECon anime convention, I thought it would be a suitable time to bring out this article that was first published in MyM Magazine Issue #6, back in October 2012. This article was about crowdfunding, mainly focusing on the efforts of Digital Manga Publishing to release the works of Osamu Tezuka. At the time they had already released “Swallowing the Earth”, “Barbara” had just come out, and they just successfully funed “Unico”. I also talked about possibly crowdfunding anime, something I sort of predicted correctly would happen thanks to All The Anime releasing “Mai Mai Miracle” and “Patema Inverted”. Sadly some things did not happen (e.g. crowdfunding “Astro Boy” in the UK for its 50th anniversary). Anyway, here’s the article.

If you are lucky you might be able to spot a new title in the shops from Digital Manga Publishing, under their DMP Platinum label. It is a manga called Barbara which is one of the lesser known titles by Osamu Tezuka, the man responsible for creating possibly the most important manga of them all, Astro Boy.

However, this manga has another interesting aspect to it. The book was published because of a certain group of people. It is not the publisher but ordinary manga fans that are responsible for Barbara because it is they who funded the publication. This is just one of DMP’s recent successes with their experiments with the system known as “crowdfunding”.

The idea behind crowdfunding is very simple. When it comes to most projects like this publishers have to consider whether or not selling such a book will be profitable for them. If a title does not look as if it will be a success then the chances are they will not publish it. Only if a publisher is certain that the book will make the company money will they release it.

With crowdfunding the money is less of a worry. In this system the publisher is offered a title. If they like the sound of it then the publisher and the author will try and persuade other people to fund it rather than putting the money up themselves. Those behind the project use the internet to try and sell the idea and seek financial contributors. Once they reach the target amount of money they need then the book can be published, and those who funded the book will be given copies and usually bonus items too, such as posters and clothes.

This is not the first title by DMP to be funded this way. The company has used and is currently using this system for other titles by the “Godfather of Manga”. Using the crowdfunding site Kickstarter DMP first funded Swallowing the Earth before Barbara, and has since also successfully funded Tezuka’s Unico, raising over $20,000 in just under 5 days.

“It allows us to engage with our audience more – example: by becoming a member of producer’s committee and voting on the final cover”, Kwame Akosah, a spokesperson for DMP Platinum & Kickstarter told MyM. “We are able to offer exclusive merchandise such as limited edition T-shirts, posters and stickers. All these were decided by our audience and gives us a unique opportunity to work with them. (The) audience’s input is extremely valuable to us. None of these things would be possible (affordably) under a typical licensing arrangement.”

Having read Barbara you can see why crowdfunding might have been the best way forward for such a book. This is much different from the children’s titles normally associated with Tezuka. In Barbara a novelist comes across the title character, a woman with a love of drinking and debauchery, who later turns out to have special powers useful for artists such as him, but if she leaves said artist the aftermath is destructive. The book features several adult sequences including at one point a pagan Black Mass which contains much nudity.

I asked Kwame Akosah about why they were so interested in releasing titles by Tezuka. “Because we are huge fans of his work,” Akosah responded, “and we wanted our Platinum imprint to be a vehicle for his extensive library. Tezuka may be well known in Japan but many in the U.S. have not been exposed to his work beyond the iconic properties.”

Sadly DMP declined to tell us what other titles they plan to bring out, but following their success we can be assured that more from the master will be on its way. But what about other things that could be crowdfunded, and for that matter what crowdfunding can be done in Britain?

With regard to crowdfunding schemes in the UK, some businesses are using it as the main model as their work. Perhaps the most notable is the book publisher Unbound, which crowdfunds all of its books. Unbound was co-created by Dan Kieran, who amongst other things wrote the book Crap Towns, as well between John Mitchinson and Justin Pollard, who made their names as researchers on QI (Mitchinson as the director of research, and Pollard specialising in history).

So far they have published book by various authors, including Monty Python’s Terry Jones, Red Dwarf’s Robert Llewellyn and Twitter’s Mrs. Stephen Fry. Like DMP there are other extras that are offered depending on how much the donator funds the project. These extras range from autographed copies of the books to lunch with the authors. So if a company can publish whole books thanks to the public why cannot a new company do the same with foreign titles like manga? It could be a way for a British publisher to break the all-American stranglehold on the English-language manga market.

But why stop at books? Can you crowdfund the release of an anime? DMP is interested with Kwame Akosah saying: “Anything is possible – yes. We may venture into DVD/Blu-Ray in the near future.”

There are so many anime titles available in America which are not in the UK. To go back to Tezuka again, the original anime adaptation of Tezuka’s most famous work, Astro Boy, which celebrates its 50th anniversary on New Year’s Day 2013, has never been available here. Also, not all the episodes have been released commercially in the States, only those that were dubbed into English.

Supposing a UK DVD distributor was vaguely interested in releasing it? If that company was worried about it not selling then give us – the public – the chance to prove them wrong by funding it ourselves (all of it, including the un-dubbed episodes)! If we have the money we will contribute and encourage all our friends to join us too. If we join together it could the first step to spreading some classic as well as some more obscure titles around the world. 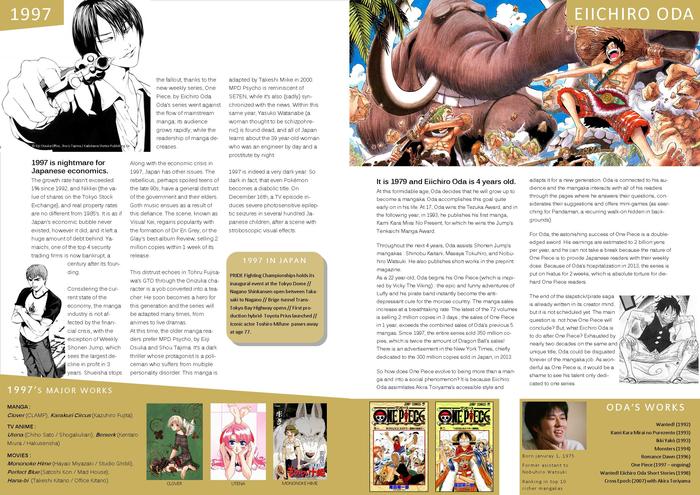 French manga critics Matthieu Pinon and Laurent Lefebvre are currently seeking funding via Kickstarter for their new project, 1952-2012: Stories of Modern Manga. I interviewed the pair for Anime UK News and really hope that their project gets the required $18,000 before 3rd May.