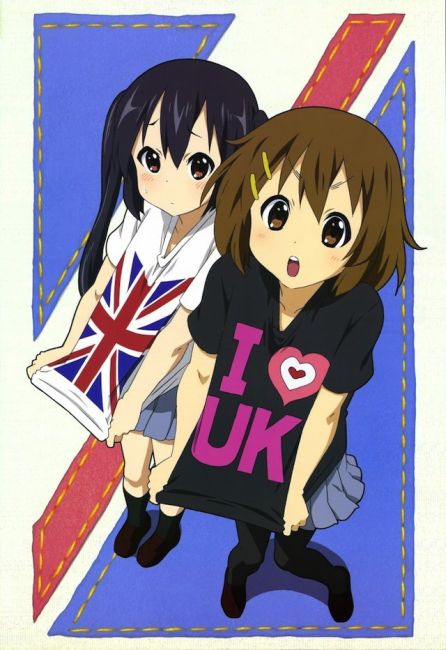 There is currently a project going on called “The Golden Ani-Versary of Anime” which is celebrating 50 years of anime being broadcast on TV. Several people have been writing for it, different people covering a different year. I’ve been covering the year 2008, and covering anime from a British view-point, (hence the picture of the K-On! girls in UK shirts, which was used in the article).