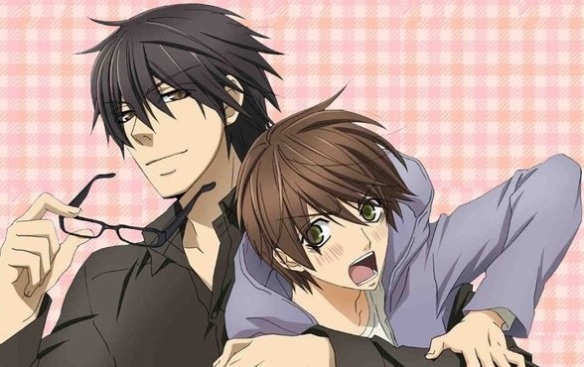 In case you are wondering why this thumbnail image is here, the reason is that I’ve had a bit of a disaster on On The Box. Several articles have been deleted and adding images at the moment can only be done via inserting an image URL, so I’m inserting the image in here and then copying it over.

As today is Yaoi Day “The Beginner’s Guide to Anime” is covering DRAMAtical Murder.

This article was originally published in Issue #16 of MyM under the title “Are You Ready for Yaoi Day?”, and was concerned with the Yaoi Day normally celebrated in the USA and Japan on August 1st (801). But today is 8th January,  making it UK Yaoi Day (as well as elsewhere in Europe as was highlighted to me by a Dutch blogger) so it seems right to present this article today covering yaoi.

For some anime fans August 1st is dubbed “Yaoi Day”, because in Japanese the word “yaoi” is pronounced the same as the digits of 801 (ya-o-i). In celebration of this event, Ian Wolf takes a look at one of anime’s more intriguing genres.

As Yaoi Day” is arriving soon it is worth taking a look at one of the many genres created in manga that has little Western equivalent. How did it originate? What do you need to know about? What are the best yaoi manga to read and anime to watch?

To begin with, yaoi, also known as “Boys’ Love” or “BL”, originated as a response to shonen-ai, a more romantic genre depicting male gay relationships which started between the late 1970s and early 1980s, as made by the Year 24 Group of shojo artists. Many shonen-ai had extravagant locations, often European, and deep plots. However, some other artists wanted something more erotic. Two of these, Yasuko Sakata and Akiko Hatsu, responded by creating yaoi, which concentrated more on the sex than the plot. The term “yaoi” is a euphemistic acronym reading, “Yama nashi, ochi nashi, imi nashi”, which means, “No peak, no fall, no meaning” and actually originates from a quote by the godfather of manga, Osamu Tezuka, to dismiss poor quality manga.

Much of yaoi contains the same occurring elements. Usually there is a more dominant partner together with a submissive one. These are called the “seme” and “uke” retrospectively, which roughly translates as “to attack” and “to receive”. The seme is usually the more masculine character while the uke is the more androgynous or feminine, which some, understandably, criticise as being stereotypical. It is not the only criticism given to yaoi. Some attack depictions of rape scenes occasionally found in titles, while others claim the stories are not realistic enough or fail to tackle issues such as homophobia.

Whether you like it or not, there are plenty of yaoi fans out there, with women being the largest group. Women who are yaoi fans are often dubbed “fujoshi” – “rotten women”, although of course, there are rotten men too: gay, straight, bi and pansexual.

So, if you are new to yaoi, what are the best titles to go for? Well for starters there are plenty of “dōjinshi” – fan fiction – depicting gay relationships between just about any male anime or manga character you can think of, but there also plenty of original yaoi works that you can sample. In English, most yaoi is published between two companies, Digital Manna Publishing (DMP), who have several yaoi labels including June, the first yaoi magazine, and also organises an annual yaoi convention in the United States; and SuBLime, the yaoi imprint for one of the biggest manga publishers, Viz Media. 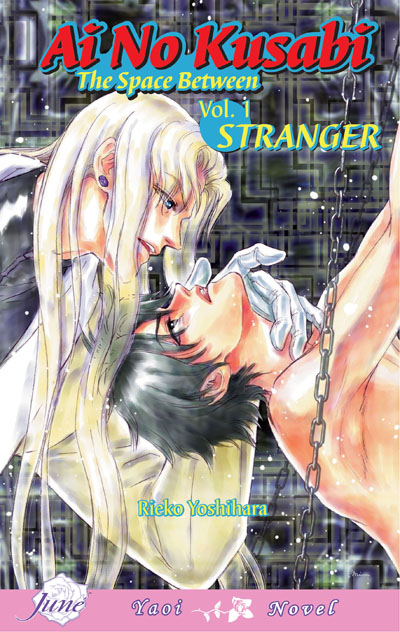 In terms of early successful works, one of the first yaoi to make it big was not a manga or anime, but a novel. Ai No Kusabi by Reiko Yoshihara which was written in the mid-to-late 1980s and is published by DMP under the June label. Like many of the best yaoi, it also combines romance with another genre. In this case it is a dystopian sci-fi story which is set on a planet where a caste system operates on the basis of hair colour, with blondes at the top and black being at the bottom – which might surprise some Brits who were probably expecting ginger people to come last.

The central characters include a blonde man called Iason Mink and a black-haired lad from the slums named Riki. By fate the two meet and Iason becomes so intrigued by Riki he decided to “tame” this rough man from the slum by making Riki his submissive “pet”. It has to be said that while reading the book, you sometimes wonder whether or not parts are a little too obscene, but the overall plot is excellent as well as both the setting and the ideas in terms of science and eroticism. The series has been animated twice as an OVA, once in the early 1990s, but there is a more faithful adaptation which began last year.

Arguably the most popular yaoi is the comedy Junjo Romantica which began as a manga in 2002 and is still going, but as it was published by a label owned by the now defunct Tokyopop label, it is no longer available in English. The series has also been one of the few yaoi to been adapted for television, being animated in 2008, but currently without a release in Region 2.

There are several plots in Junjo Romantica, but the central couple here are student Misaki Takahashi and his tutor Akihiko Usami. When they first meet Misaki is aware that Akihiko is an author, but does not know that he also writes yaoi on the side. To make things more embarrassing Akihiko has the habit of adding moments of passion between the two of them in his book, and Akihiko does have an odd passion for collecting teddy bears. There are plenty of funny moments, but sometimes the plots featuring other characters do get in the way.

Concerning SuBLime titles, I would recommend His Favorite (spelt the American way). A more romantic than erotic title, the story is about the relationship between two students. One of them, Sato is chased by all the girls in the school who consider him the most handsome guy there. However, he is only attracted to Yoshida, who, when they were younger protected him against bullies. One interesting aspect is that Yoshida is not conventionally attractive because of a scar on his face which would put some people off. However the humour is good and the chemistry between the two works well.

Like any manga genre, there is good and bad. You do not have to look very hard however to find some great work, and no doubt there will be plenty of yaoi to keep demand for many years to come. Perhaps the only problem with Yaoi Day is that due to different way dates are written across countries Britain should be celebrating it on 8th January. Perhaps we could organise our own yaoi conventions and mark “UK Yaoi Day” on this date instead, then we could honour yaoi twice a year rather than annually.

As it was coming close to the UK Yaoi Day (801 over here is 8th January), The Beginner’s Guide to Anime covers sci-fi homoerotica Ai no Kusabi.

Today is August 1st, meaning it is Yaoi Day. I personally am a big fan of yaoi so will be celebrating today with some gusto. It is worth reminding followers then that in the latest MyM I have write a guide to the genre in celebration of the event.

Also, I am keen on promoting the idea of a UK Yaoi Day. As we date the other way we should be celebrating it on 8th January. Hopefully we might be celebrating in the next few months.

The latest edition of MyM Magazine is out now. This month I have reviewed omnibus editions of Lone Wolf & Cub and Air Gear, and written a feature about yaoi in honour of “Yaoi Day” on August 1, where amongst other things covers Ai No Kusabi, Junjo Romantica, His Favorite and I argue that we Brits should hold our own Yaoi Day on 8 January.