For the last edition of “The Beginner’s Guide to Anime” in 2014, I’m covering the classic film Akira.

The Beginner’s Guide to Anime this week covers WataMote.

Several of we writers for Anime UK News have been giving our verdicts on the best that this year had to offer, as well as some things to look forward to this year.

A review from Anime UK News covering the first two volumes of the “Yellow Scarves Arc” of Durarara!! 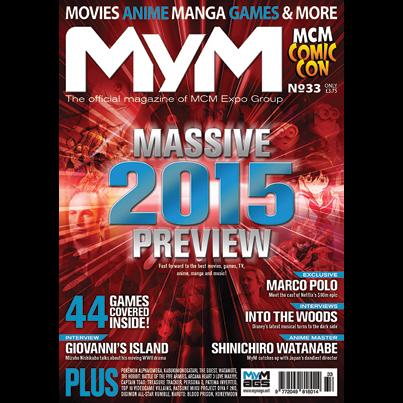 The last issue of MyM for 2014 is now out. Manga reviews cover All You Need is Kill, Barakamon, Yukarism, Opus and a look at manga titles coming out in 2015.

“The Beginner’s Guide to Anime” this week covers the film Patema Inverted.

New review from Anime UK News covering No Matter How I Look at it, It’s You Guys Fault I’m Not Popular, or WataMote.

I am thinking of trying to use crowdfunding to publish a book, but wanted to get some opinions on the matter and decide if it was worth doing or not. The book in question is a collection of articles from The Beginner’s Guide to Anime, in which I take a different anime series or film every week and explain to non-anime fans what it is about, its merit (or lack or merit) and so on. I was planning to publish a book of the first 100 articles, revised and expanded for their original publication, which would be written by April, and I would plan to have the book printed by June.

My target would be £2,200 – this would cover the cost of printing, the design of the front cover, proofreading, and the fees on Kickstarter, where I plan to launch the project. This would print 200 books.

The main questions I wanted to ask were these:

1) Would be people be interested in a print volume, an e-book, both or neither?
2) If people are interested in funding it, how much would they be willing to pay?
3) What sort of perks would people want? Name in the back of the book? Signed copies? Nominate anime for me to cover in later columns? Presenting panels at conventions? Something totally different? And how much would people be willing to pay for such perks?

Please tell me what you really think. If you think I’m wasting my time with such a project let me know so I can do something else. If you have any other ideas do tell me.